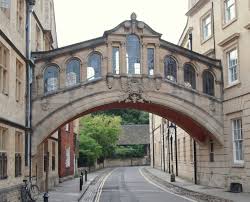 The following is a graphical climatology of Oxford, UK (Radcliffe station)  daily temperatures, precipitation, and sunshine, from the start of 1815 (temperature), from 1827 (precipitation) and from 1921 (sunshine), into 2022 (April). The Radcliffe station history is the longest continuous one of its kind in the UK, and one of the longest in the world.  As with the other twelve stations contained on this website, it is intended as a encyclopaedic-type graphics’ resource.  The Oxford record actually extends as far back as 1767 but for these earlier years the available data are in monthly form.  Temperature and precipitation data is this site are expressed in terms of Deg F and inches, respectively.

Below is a selection of charts representing those years of which showed some distinguishing features climatologically (heat anomalies, cold anomalies, precipitation, or unusual patterns) that set them apart from the others.  These are linked in order of the most recent to oldest.  After these is a block of links to each of the individual years.

LINKS TO SOME OF THE MORE INTERESTING YEAR-TO-YEAR GRAPHS, WITH ACCOMPANYING NOTES